At the Democratic debate in Austin earlier this week, Hillary Clinton surprised even her supporters with her friendly and laudatory comments to Barack Obama. It was enough of a change in character that pundits were later buzzing with speculation that perhaps she had psychologically given up on the nomination.

What a difference four days can make.

Today in Cincinnati, Hillary was back in usual form, wagging her finger like a shrewish schoolmarm, all the while screaming, "Shame on you, Barack Obama." It was sort of reassuring, in an odd fashion.

Given such swings in behavior, it's not much of leap to wonder if Hillary was merely having a rare good day on Wednesday, or if there are perhaps other things we should know. Either way, America might be wise to ask itself, do we really need such mania in the Oval Office?
Posted by The Snarkmeister at 8:00 PM No comments:

News from a Christian Nation

Senator John Sidney McCain III would have us believe that he would never betray America's trust to do anything like "that" (in reference to the New York Times (login required) and Washington Post allegations that he cheated on his wife with Washington lobbyist Vicki Iseman). To paraphrase another philanderer, that all depends on what your definition of "that" is.

If by "that" John McCain means "to cheat" on his wife, McCain has already admitted to doing "that." He not only cheated on his first wife, Carol Shepp McCain, he cheated on her promiscuously over a period of at least six years (1974-1980). It was during those years that he began his relationship with the heiress Cindy Lou Hensley (in 1978), who would eventually become the second Mrs. McCain. (Yes, that makes both the potential future Republican President and his most likely First Lady of the United States of America guilty of adultery.) This is a matter of public record and is mostly likely also covered in the sealed court recordings from John and Carol's April 1980 divorce proceeding. (John and Cindy Hensley were married only a month later in May 1980.)

One has to give John McCain some credit though, unlike Republican Newt Gingrich, who reputedly served divorce papers on his wife while she was still in the hospital undergoing treatment for cancer, McCain didn't divorce his once beautiful wife until she had had a few years to recover from the automobile accident that had reduced her from a statuesque former model to a somewhat shorter (she lost four inches in height), heavier, and scarred-up version of her earlier self. What a man. There is loyalty for you.

If, however, by "that" McCain means to "betray America's trust," one can't help but point out that Carol McCain is an American, and that John betrayed her trust when he broke his vow of "till death do us part." Now we hear that he has likely broken his vow to another American, Cindy Hensley McCain. And, where is the surprise? There shouldn't be any. Leopards rarely change their spots.

Did the New York Times play politics with their timing in the release of the story? Most probably. But where is the news in that? The media has been playing politics all year long with Ron Paul, and there has been nary a word of objection from neither the Left nor the Right. It is a little late to be expecting objective, political disassociation from journalistic institutions.

The New York Time's political motivations are entirely irrelevant to the validity of the assertions against John McCain. After that red herring has been moved aside, it is hardly a stretch to believe that that the leopard was cheating on his second wife, since we know for certain that he was cheating, repeatedly on his first one. What may be a stretch, is to believe that it hasn't been occurring repeatedly this time also.
Posted by The Snarkmeister at 8:59 AM No comments:

The Christian Fundamentalists and their president have destroyed America's economy, civil liberties, and even ability to protect itself. The U.S. under Bush is different from South Africa under Apartheid only in the degree to which it has become pariah in the international community. In short, the GOP and the Fundies have a lot to answer for.

Would it not be great just desserts if this Presidential race turned out to be between a heretic Mormon and an apostate Muslim? It might be exactly what is needed to convince the world that America has regained some control of itself.
Posted by The Snarkmeister at 8:30 AM No comments:

Why vote for Smedly?* 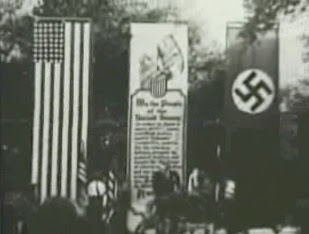 Many have conjectured that George Bush is motivated by a desire to complete what his father left undone (in the Middle East). Perhaps those observers have been hypermetropic. Bush's actions may instead be focused on completing the work of his grandfather (here in America).
Check out this article from the Wikipedia on the White House putsch of 1933. The article suggests there is some question regarding the existence of the plot amongst modern journalists (the same people who excluded select candidates from their debates), however Congress itself acknowledged the existence of the plot and established a congressional committee, called the McCormack-Dickstein Committee, to investigate it. The existence of a plot by wealthy bankers and industrialists to overthrow a democratically elected government is alarming, but pause for a moment and ask yourself: How was George Bush elected twice without this skeleton in his family's closet becoming an issue? How did the press miss it? A more pertinent question might be: Did the press miss it? The answers to those present-day questions may be much more alarming than the existence of the 70-year old plot.

Many have noted that, with the exception of Ron Paul, all of the Republican candidates seem to be political clones of George Bush. One can't help but wonder if the GOP has become the "Prescott Bush Party" or the "Corporate-State Party" (read, Fascist Party) in all but name. The Paul campaign, with it's demand for a return to the democratic ideals of the the American Revolution and strict enforcement of constitutional protections, thus represents what may be a last possible effort to prevent a complete takeover of the Republican Party -- before the Republican Party undertakes a takeover of their own. (As a side note supporting this concern, please consider reading through the many executive orders (available for reading on the White House website) that George Bush has signed to support the implementation of marshall law in America.) These issues, considered as a whole, suggest that a vote for Ron Paul is important. A vote for Paul sends a message to the fascists that America will not bend over and quietly tolerate the insertion of fascism into the American political landscape.

If you vote in an open primary, please consider requesting the Republican ballot and voting for Ron Paul. Ron Paul will not win today, but your vote will not be wasted. Every vote for Paul represents a bow shot over the heads of the corporate and political elite who believe that Americans no longer care about the Constitution or the freedoms it protects. Every vote for Paul warns the fascist that there remain Americans who will oppose them, who will fight back. A peaceful vote now though, is infinitely preferable to a violate confrontation in the future. With your help, we can drive the fascist and corporate-statist out of Washington, peacefully. However, we can only do it with a little sacrifice, and that starts with your vote, even if it means voting on the ballot of the GOP.

As Ron Paul repeats so optimistically, "Freedom is popular." Let's keep it that way. 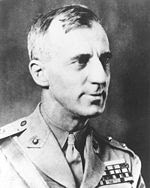 * Smedly Butler was the U.S. Marine Corp Major General who revealed the White House putsch plot. In looks, and in politics, he was remarkably similar to Dr. Ron Paul. General Butler at the time of his death was the most highly decorated veteren in American history. Dr. Ron Paul was also in the military, serving as a flight surgeon for the U.S. Air Force in South Korea, Iran, Ethiopia and Turkey.
Posted by The Snarkmeister at 10:21 AM No comments: