One could just as easily say that Bush has kept America safe from the Chinese since Virginia Tech.

Ask yourself this... If the American borders are so porous that every Juan and Maria can not only walk into America for work, but back into Mexico for their holidays, what's to keep Muhammed and Abdullah from strolling in just as casually, exploding vests and all?
Basic logic would dictate that you can't have it both ways. Either America is not really overrun with illegal immigrants, or the terrorist threat is very nearly insignificant.
Bush hasn't kept America safe from anything, although he has done a mighty fine job of keeping Halliburton and Blackwater's bottom lines safely in the black.
Posted by The Snarkmeister at 6:26 AM No comments:

What's worse than a woman scorned? 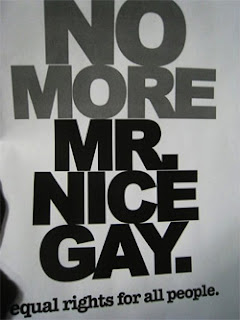 Posted by The Snarkmeister at 10:10 AM No comments:

Well, fortunately, the Snarkmeister was wrong about the threat of a suspension of the elections. That's a bullet we've dodged for now. But, think about it, why bother with seizing a bankrupt country when you can get its Congress to hand over the treasury lock-stock-and-barrel a month before the election? All the liquidity, none of the debt, no maintenance -- what more could you ask for? (Maybe a handler in the White House?)
Posted by The Snarkmeister at 7:33 PM No comments:

CNN: "Rep. Rahm Emanuel, a top House Democrat, has agreed to be Barack Obama's chief of staff, a Democratic aide said today."
Agreed at the request of whom is the big question.
This isn't a very promising start. It looks like AIPAC has already managed to compromise Barack Obama. Perhaps we shouldn't be surprised. Obama's record-breaking fundraising never was fully explainable.
This is the quintessent example of why you should be careful about what you wish for. Could it get worse then Dick Chaney? Well, yes, apparently it could.
Rahm (meaning "lofty one" in Hebrew) is the son a Zionist terrorist and has a known animosity towards even moderate conservatives and libertarians (going so far as to advise colleagues not to appear on the Colbert Report). Further, he's a Clinton Administration retread and a Wall Street insider, fully committed to the corrupt financial system that put the country into its current economic mess. Interestingly, he also served in the army, but not ours, so even though he's a U.S. citizen, it's not clear that his loyalty is foremost to America.
This is not promising, not promising at all. First Obama betrays the Gay community by failing to support (letting fail) Prop 8, now we have a nuevo Jonathan Pollard working as Chief of Staff in the White House. Certainly John McCain was an unacceptable choice, but one would have hoped we could have gotten better than this from the alternative.
Posted by The Snarkmeister at 6:33 AM No comments:

The Church is the Enemy of the Good

Without religion as an underlying justification, there has never been any reasonable social-goods argument for the liscensing of marriage -- and certainly no sound rationalization for discrimination against homosexuals.
Prior to about the mid-18-century, marriage was strictly a church affair, that concerned neither king nor country. It was only with the rise of "democracy," specifically urban, precinct and ward-based voter rolls, that governments become aggressively desirous of keeping track of who was sleeping with whom -- and that is approximately when government licensing of marriages started to became pervasive. It was never about health, children, morals, or anything valuable to the public welfare; it was about canvassing and vote extortion.
As for gay marriage, much, much earlier than the appearance of government-sanction marriage, clear back to the start of the Christian church, the practise of blessing same sex unions, male-male and female-female, existed. (Well, even before that, the Pagans had little problem with it either, but the traitor Constantine pretty much undermined any decency the Pagans might have offered to posterity.) While such same sex unions were likely just as statistically rare then as today, it was at least common enough for there to be historical record of it.
It was only with the rise of the officially-sanction misogyny of Catholic dogma, latter to be adopted by the fundamentalist sects of Protestism, that hatred toward women, blacks, and homosexuals became pervasive (even though a form of church-santion, same-sex recognition did continue in France into the 18th century). There is nothing ancient or sanctimonious about either government-sanctioned marriage or government-sanctioned homophobia, both are new concepts, almost younger than America.
Oddly enough, America churches have been so successful at scrubbing and rewritten their history of overt racism that it is vertitualy unknown by the current generation, even amongst African Americans who are amongst the most devout populations in the country. It is ironic that many Black Americans belong to very congregations that not 40 years ago would not have allowed them to "darken" their door, and whose members, only a few years earlier, would have been burning crosses in their yards. The Snarkmeister is hardly ancient, but even he can remember hearing racist bile spewed from the pulpit of his childhood church, just as he hears hate against homosexual preached from America's pulpits today.
It is particularly interesting to note that the Mormons, the Church of the Latter Day Saints, which paid 70% of the cost of Proposition 8, did not allow African American's to be fully equal members of its congregation until 1978. The Mormons are retrogrades, who were pulled out of the 18th century by the U.S. courts, and who are are now fighting back at the ballot box. That is understandable, except for the fact that they have no right to drag the whole of America back into the Dark Ages with them. Thank God, we dodged the Romney bullet.
Posted by The Snarkmeister at 5:37 AM No comments:

Prop 8: Who voted how? (a.k.a. know thy enemies and thy friends) 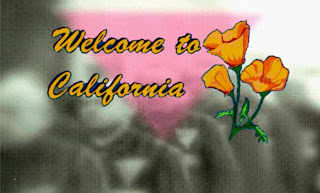 Here are the signifiant numbers from the exit polls on California's Proposition 8, which this past Tuesday made Gays officially second-class citizens under California's constitution.
Know your enemy...
The majority chunk of funding for Prop 8 (an estimated 70%!) was paid for the Church of the Latter Day Saints. The next time any of those Mormon missionaries show up on your door step, forget about being polite and instead loosen the gate on your neighbor's pit bull. Maybe those folks in Nauvoo had the right idea after all. (Look for the t-shirt: Nauvoo: Right idea, wrong time.)
Know your friends...
Give these last three bolded items -- how can it be argued that Prop 8, indeed any legislation proscribing homosexuality or gay rights, does not constituent the anti-Constitutional "establishment of religion"? It can't, because it is.
* The betrayal of the African American community is by far the most difficult thing to swallow from Tuesday's election. The votes of this single demographic group alone cost Gays their civil rights. For half a century the Gay community has unequivocally supported equal rights for minority communities, and this is how they are paid in return? African Americans, including Barack Obama, who refused to take a position on Proposition 8, should be ashamed -- very, very ashamed.
Posted by The Snarkmeister at 4:57 AM No comments: 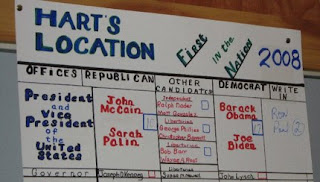 The votes are in, in Dixville Notch and Hart's Location, New Hampshire. Not only did Obama win, it was an historic landslide.

In Dixville Notch, which last voted Democrat when Hubert Humphrey ran against Richard Nixon in 1968, Obama won an astounding 76% of the votes. Meanwhile, up the road in Hart's Location, which has never voted Democrat, ever, Obama won 59% of the local votes.

Obama might have taken 69% in Hart's Location, except for the curmudgeonly local libertarians who gave Ron Paul 10% of their votes -- even though he wasn't even on the ballot. New Hampshire is one of the few states in the Union that still maintains a true democracy, where every vote is counted. Sadly most states now ignore votes for write-in candidates.

Posted by The Snarkmeister at 3:12 AM No comments: